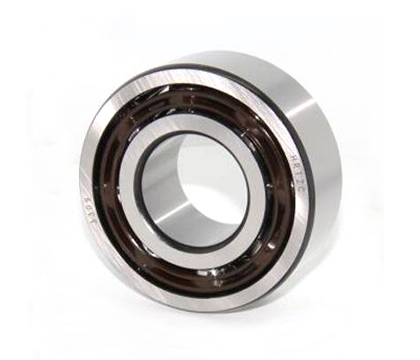 Angular contact ball bearing can bear radial load and axial load at the same time. It can work at high speed. The larger the contact angle, the higher the axial bearing capacity. High precision and high-speed bearings usually have a contact angle of 15 degrees. Under the action of axial force, the contact angle will increase. Single row angular contact ball bearings can only bear axial load in one direction, which will cause additional axial force when bearing radial load. And can only limit the axial displacement of the shaft or housing in one direction. If it is installed in pairs, make the outer rings of a pair of bearings opposite, that is, the wide end face to the wide end face, and the narrow end face to the narrow end face. In this way, additional axial force can be avoided, and the shaft or housing can be limited to the axial clearance in both directions.

Because the raceway of its inner and outer rings can have relative displacement on the horizontal axis, the angular contact ball bearing can bear both radial load and axial load - combined load (single row angular contact ball bearing can only bear axial load in one direction, so it is often installed in pairs). The cage is made of brass, synthetic resin, etc., which can be distinguished according to the bearing form and service conditions.